Ramboy Is On Fire | And YOU can Help Fight Fires!

Ramboy Is On Fire has received the following awards and nominations. Way to go!

Video could not be embeded. Watch Here

We aim to monitor the forest to detect fires before they are big enough to become a major problem for the environment, and alert people and authorities about risk in real time. We use autonomous drones equipped with sensors to detect them in all landscape. 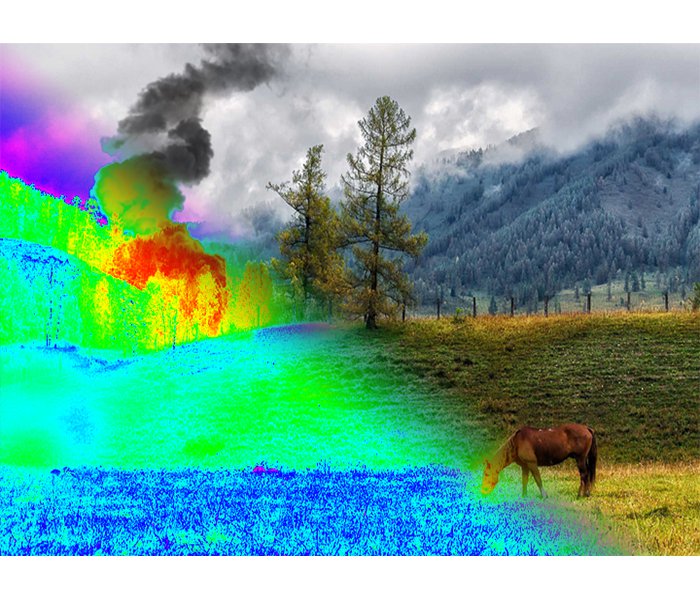 We are part of a constantly evolving world, where forests are decreasing in size, thus the remaining vegetation should carefully be monitored in order to avoid big fires. But when there are big forests, embedded in a complex landscape, it is easy for a fire to expand freely and become a major threat to the ecosystem and the local population.

Thus we are developing a fleet of drones devoted to detect and monitor fires. They are controlled by an autonomous system that computes the trajectories depending upon the "Fire Risk Factor" (FWI) computed using satellites' data. When an alert is given by the MODIS sensors, they are automatically deployed to check if there is a real threat. The drones can detect the fire using both an AI assisted camera which can detect smoke at far distances, and an infrared camera to detect hot spots and measure the temperature of the fire.

Finally, when a forest fire is detected, the system sends immediately automated alerts to population and authorities of the close's regions, even quicker than standard alert protocols.This can be achieved through a webapp, which give information about current status and useful advices.

We have started our developments on the data analysis from satellites, and we are using GitHub!

For the global FWI (Fire Weather Index) we are using data from:

And the temperature anomalies given in near-real-time thanks to satellites MODIS (https://modis.gsfc.nasa.gov/) and VIIRS (https://earthdata.nasa.gov/earth-observation-data/near-real-time/firms/viirs-i-band-active-fire-data)

In the future, we will use more data taken from other meteorological satellites to improve the spatial resolution, and thanks to machine learning and a continuously growing fires database, we will be able to better predict where and when a fire will appear.