TopDown has received the following awards and nominations. Way to go!

The Challenge | Pilots Plus

Provide private aircraft pilots and passengers with an easy-to-use tool that gives information about the land underneath their flight plans.

TopDown allows you to experience flights in a futuristic way! Thanks to a virtual device you can explore the landscape around you and learn about it! Welcome to the 360° #FlyingMuseum 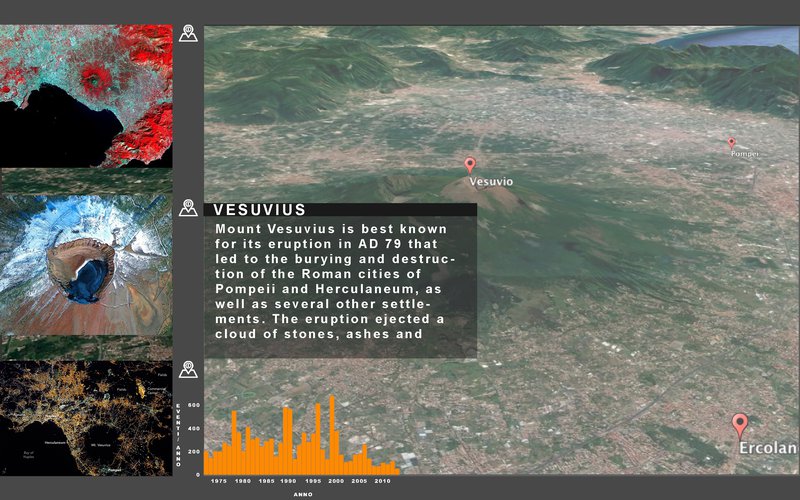 Did it ever happen to you that, while flying, you look out of the window and see a mountain, a city or a lake and wonder what it is? Is that Mount Everest? Am I flying over Florence? Today it is not easy to answer these questions. You usually have to wait until the end of the flight and play with Google Earth, trying to reconstruct the route, when that magic moment is already gone. We believe this frustrating experience should belong to the past.

Our idea is called TopDown and it is an immersive experience that, leveraging on exponential technologies like Virtual Reality and on the diffusion of Wearables, lets the user enjoy a 360° view of the landscape around him, with information on the main points of interest and on the most beautiful natural locations.

We will substitute the usual monitors on the seat in front of you with VR devices, and let the user fly like an eagle in the exact same place he really is, without seeing the rest of the plane. Having the window seat is no longer a priority to enjoy a beautiful landscape! The passenger will have the possibility to look around freely, focusing on whatever catches his attention. He will also be able to select a particular point of interest and see related information.

The VR device is directly connected to the plane in order to avoid any problem regarding the battery and guarantee a good transmission quality necessary to avoid simulator sickness during the flight. . All the information related to the trip will be downloaded and rendered previously on a local server on the plane and, since the normal Wi-Fi network of an intercontinental flight cannot support the streaming of the amount of data needed by a VR streaming, it will be sent by cable to the device during the cruise.

Furthermore, hard-wiring allows, on the one hand to drastically reduce the dimension of the data processing facility, hence leading to not negligible weight savings, and on the other hand to discourage any theft attempt of the devices. Finally, from a safety viewpoint, through hard-wiring it is also possible to prevent the passengers from using the devices in particularly delicate flight phases (as during take-off and landing) or in case of emergency, giving the crew the possibility to turn off all the devices or simply showing a warning message on the device screen. This would be impossible with a system not directly connected to the airplane, like an application in the traveller device.

The VR application is developed in Unity and is based on the images provided by NASA interpolated with the informations provided by the ASTER GDEM database. The user can interact with the system using a pointer in the middle of his/her view. The pointer makes it possible to select a point of interest and access related information: it is possible to visualize images related to different seasons/times, data (e.g. volcanic activity, temperature…) through charts and textual descriptions, taken from NASA resources, or any other reliable source.

We plan to have a working prototype in one year and to scale it up in the next. We will start by targeting first and business class seats, meanwhile the cost of this technology will drop, and we will be able to offer a cheaper solution also for economy class users by the end of 2021.

Behind this idea there is an amazing team. We have two aeronautics engineers (Riccardo and Giorgio), two developers (Silvia and Antonio), two management engineers (Benedetta and Alessandro) and a designer (Luca).