SaTrek has received the following awards and nominations. Way to go!

Global Finalist (Best Use of Data)

Create tools that visualize Earth science missions and their data in three dimensions!

EarthTrek is an interactive 3D web application. It´s easy access for all kinds of users encourages the use of data that NASA`s EOS program compiles and collect with satellites´s instruments. 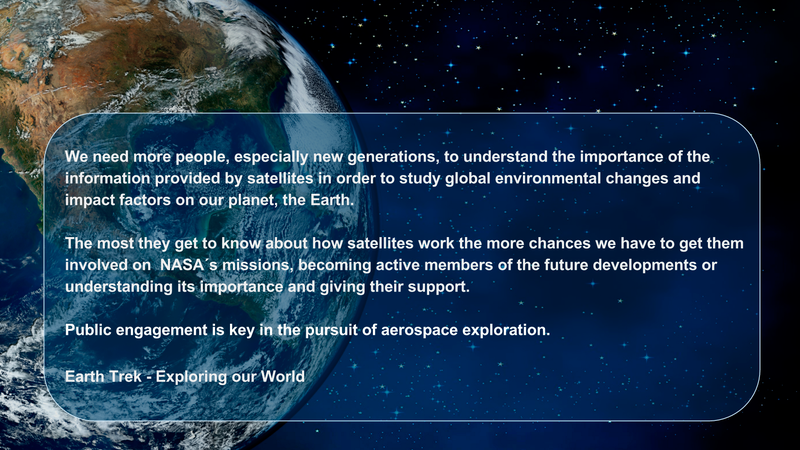 We believe more people need to understand the importance of satellite data in the study of global environmental changes and their impact on life on Earth.

For this, we developed EarthTrek, an interactive 3D web application that brings easy access to the data gathered by NASA's EOS program, allowing more people to learn about and engage with the different missions.

Our app allows to:

With this tool, we aim to encourage new generations to get involved in NASA's programs, from spreading the word to becoming active members -or even pioneers- of present and future developments.

Public engagement is key in the pursuit of aerospace exploration. 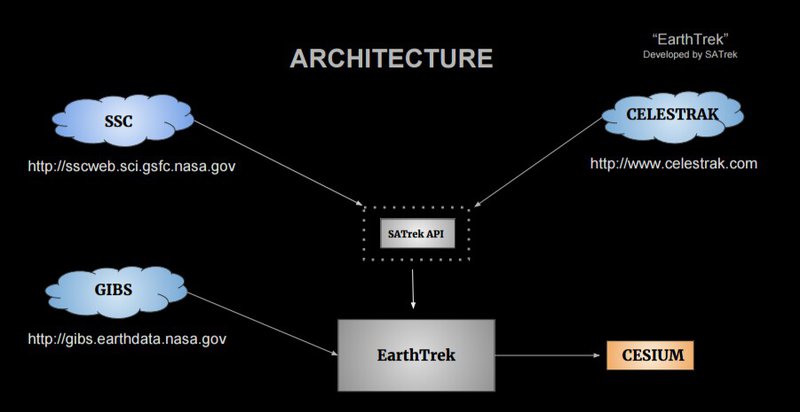 HOW the App works

The user will be able to visualize in real time the orbits of the satellites around the Earth, from launch to future projections. At the moment, there are some applications that allow to see the trajectories of present and future satellites. Earth Trek delivers the same functionality, but also allows to visualise satellite-driven data.

It also offers a significant improvement regarding satellite orbits visualisation. Through AJAX, it provides access to data without needing to make multiple requests. This was one of many development aspects considered towards improving the user’s experience when learning about the different capabilities of EOS program satellites.

When you open the application, it will be displayed a 3D image of the Earth and the satellite's orbits that are currently orbiting the area of the Earth we are observing. 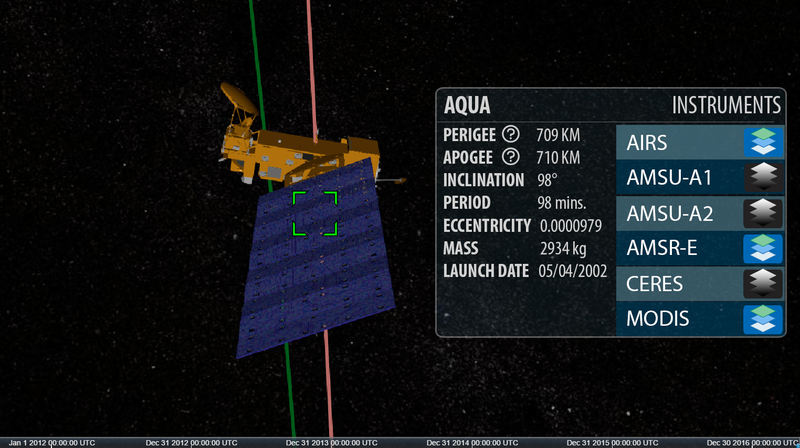 Once a satellite is selected, two satellite images of the Earth can be compared.

By determining a geographic location through the geolocation finder and selecting a date before the current one, the screen will be divided in two, being possible to observe the differences between the state of the zone in those moments. For example using MODIS, Terra´s instrument, deforestation or fire outbreaks can be compared 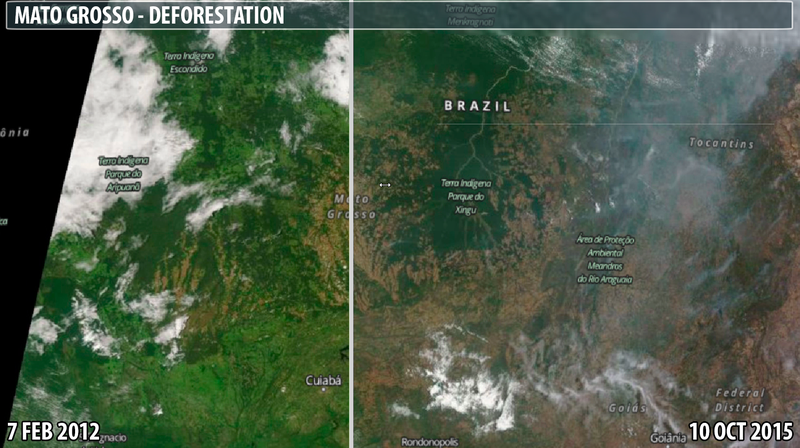 The application uses WebGL via Cesium, a geolocation library that provides an easy way to render satellite images fed from a NASA API called GIBS. We chose Cesium over ThreeJS because it enables a more effective development to meet the challenge proposed.

In order to obtain trajectories around the Earth, we used the NASA API, SSC (Satellite Situation Center) which provides the location (latitude, longitude and height) of the different satellites, including the ISS. It also provides information on satellite orbits that are no longer active.

The code is opensource and available in Github so that it can be modified and reused.


Find us on GitHub: http://github.com/SATrek/EarthTrek