Mars Home Improvement has received the following awards and nominations. Way to go!

Mars Habitat Temperature control is a project which was created to solve the uneven heat distribution problem in the HI-SEAS Habitat: Using a combination of phase-changing materials and heat-exchanger-tubing filled with water. 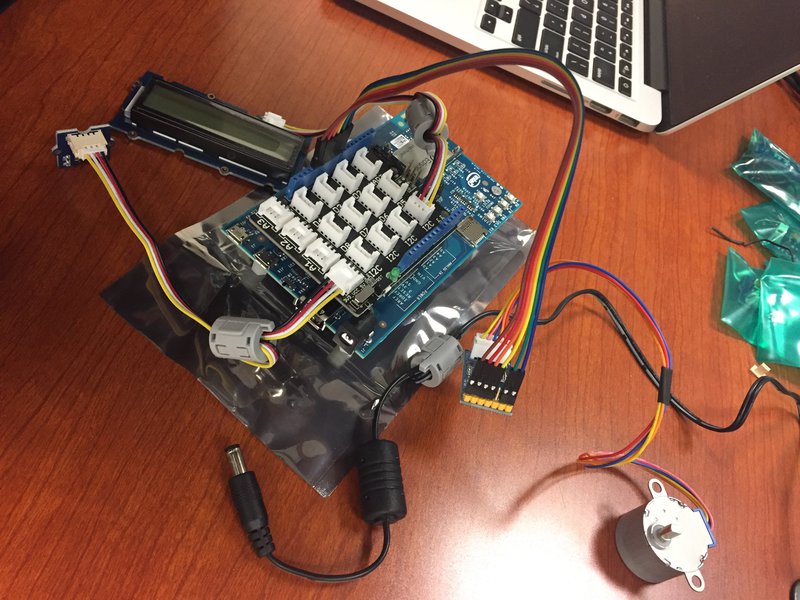 Solution: Using a combination of phase changing materials and heat-exchanger tubing, equalize the differences in temperature between rooms.

Overview: The HI-SEAS Habitat houses a crew of six to simulate an extended stay on Mars. We embarked on a project to figure out what problems this crew complained about most often and to see what solutions we could provide for them.

After stumbling upon their Reddit AMA and additional HI-SEAS web pages, the main problem that stuck out to us was the uneven heat distribution in the habitat at any given time, as shown in the thermal image of the habitat interior taken by a crew member and apparent from temperatures measured throughout the habitat. In fact, the uneven heat distribution was causing discomfort for the crew: http://hi-seas.org/?p=1971.

Confident in the fact we had found a pertinent problem to solve, we jumped in head first to work on a solution.

Kacey Abaraoha: Solution engineer in analytics. Previously PM at Microsoft (and before that, astronomy student). Interested in all things space-related. Enjoys tinkering with electronics, computers, and keyboards.

We began with a lead provided by Sifang that her workplace modulates its temperature by using something called "phase changing materials." Kacey and myself had no idea how this work, so she gave us a brief explanation.

After Kacey and myself had our minds temporarily blown by the fact that this sort of technology even exists, we began to brainstorm on how we could implement this technology in the hab. The positive side of this technology is that it absorbs and releases heat without much additional work from ourselves. The problem is, the materials had no way of "sharing" their heat in the event one material's room was too cold, while the other one was too hot. We had to think harder.

The solution: Run heat-exchanging tubing filled with water through the phase-changing materials. The phase changing materials will heat the water in the tubing to it's temperature. Each room will have a system like this, with valves between the systems allowing their water to be transported. A master module will control the valves so that if one room's water temperature is hotter than another's, the module will execute a protocol opening a valve that would allow the hotter water to transfer into the colder room's tubing. The tubing thereby will heatup in the colder room's phase changing materials, causing them to melt. Because the phase changing system is now melted in a room that is colder than it's own temperature threshold, it will solidify: Releasing it's heat into the room.

(Refer to the video for a visual demonstration of this process)

What we've created so far:

Using an Edison and a Grove IoT starter kit, we created the logic for this system to control the servos opening and closing the valves. You can find the code as well as additional pictures of the schematic/hardware here:

As we didn't have heat-exchanging tubing or phase-changing materials on our hands, a small prototype between two rooms should be setup to fully test our solution. If the prototype ends up being successful, not only could this have immediate applications to the HI-SEAS heat-distribution problem, but could have additional architectural applications for companies interested in efficiently distributing heat through a building.