Team Restless has received the following awards and nominations. Way to go!

One adult, a teenager, and a 6 year old explore how to redesign the HI-SEAS habitat using art, deductive reasoning, and a passion for making a Mars mission reality. 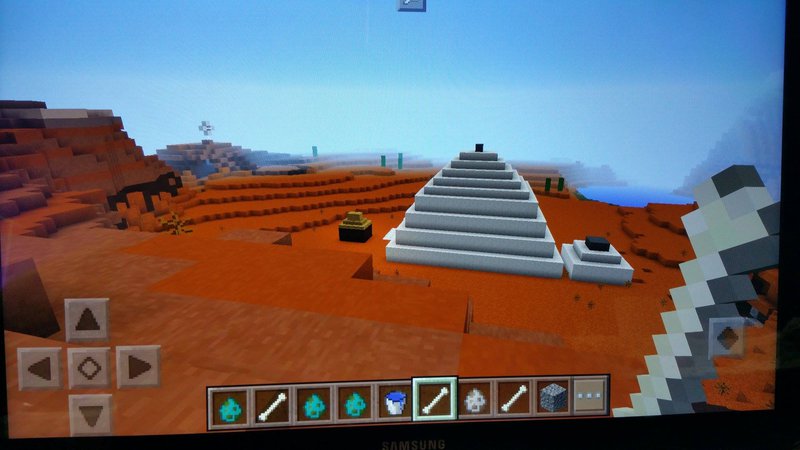 Redesign the HI-SEAS habitat with a future Mars mission in mind. And do it in a way the ensures my students Will never forget the experience.

We had a blast of course. But I also think we came up with a viable habitat. Here's some of the tools we used:

1. One of the most basic traits of humans is we like to change our environment to suit our needs, wants, and whims. Popular media if full of programming showing off what people have done with their homes or how they’ve transformed a small space to be more usable. For this reason, in designing our crew habitat for isolation studies here at home, and ultimate use on a Martian outpost, we felt it was important to give the crew a level of control over their environment.

2. Another aspect we wanted to design for is our need for open spaces. Yes, if we’re properly motivated we can subsist in a minimal space for living and working. But we felt that a larger space would make it easier for crews with potentially long and isolated missions. For this reason, we wanted to make sure the size of our habitat wasn’t limited to the size of the delivery vehicle.

3. We also wanted our crew to have ownership of their habitat. We didn’t see where we could do this fully if everything was ready for them upon arrival. We wanted to hit just the right balance of having a habitable space at the start, but one they had to work to bring up to full productivity. While at the same time, giving future crews the opportunity to put their own mark on the space.

4. One design parameter we felt was especially important was to ensure our crew didn’t have to live, eat, play, and work in the same place. As someone who’s worked from home in the past, I personally felt strongly about this. We want our crew to at the very least have the illusion of more space than is absolutely needed. While absolute privacy might not be possible, we want them to have the option of escaping from their surroundings and mission for short times to recharge.

5. Finally, we wanted our habitat to be built by autonomous robots using as much locally sourced construction material as possible. We felt that by using local regolith as a primary construction material, we could better use our limited payload delivery allotment to bring mission oriented equipment and supplies, as well as extra items to make our crew feel more at home.

As this habitat is meant for a human crew, the first thing we did was make a list of everything humans need to thrive. We didn’t want a bare minimum. We’re designing this with Mars colonization in mind. And humans don’t work well with just the minimum for very long. What we came up with is as follows:

We decided early on that we didn’t want to answer the question of how to solve these design issues using data or inquest. We wanted to do it with art. We wanted to simply start creating things. But as we created, we would asses what we’d done and adjust it as needed until we had a workable vision. We used the following artistic methods:

Is short, we settled on a three story habitat, including a subterranean level, built mostly of sandbags, a ground level with the outer walls packed with sand, and a top level that's actually a BEAM unit. We also decided rather than having internal walls, we would have support columns with re configurable semi permanent walls and doors. This way the habitat can be mass produced and configured on site. This also means the habitat can be reconfigured when the mission changes, or just when the current floor plan is getting people down.