Migrantlyzer has received the following awards and nominations. Way to go!

Pick a migratory species of your choice and build a tool that shows the distribution of their available habitats, and track their sightings in real time!

Migrantlyzer investigates the gaps between various habitats (countries) by visualising data and suggesting reasons to help you understand why people migrate. 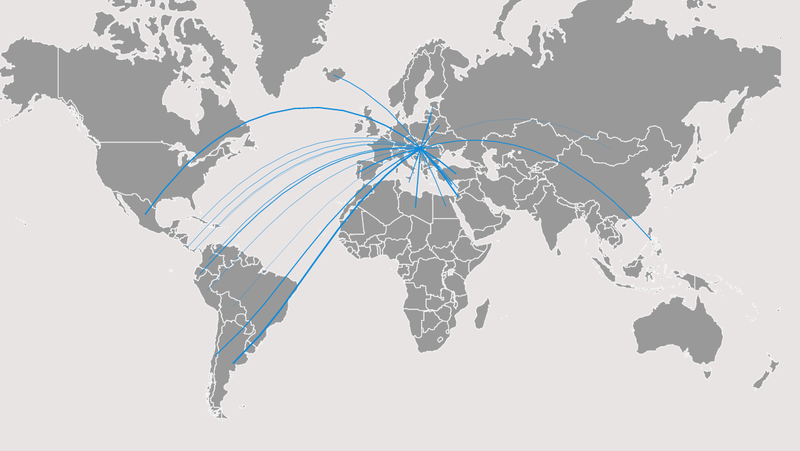 By scraping data from various online global data sources, we put together a base of migratory and habitat data of the species H. sapiens. Following that, we have built a webapp to visualise these migration patterns based on various economic and sociopolitical indices such as

The app displays the data in an objective manner, allowing the users to draw their own conclusions. We hope this would challenge the perceived biases of the users of our app; certain indices may be highly sensationalised in media, but we seek to provide an environment for people to simply confront the facts.

Here we will elaborate on the technical specifications of the project:

Data was scraped from the various websites listed above. A python script was written to compile the data into smaller and more lightweight data files, which can then be used to populate our information database.

The Webapp is built with Django with an sqlite database of the various indices. The data is visualised through the d3 javascript library and styled with bootstrap. Data on the indices was collected from various sources and collated and compiled into a machine readable form.

Our visualisation takes inspiration from flight path diagrams from airline advertisements. It consist of arcs overlaid onto a Mercator projection of the globe. The thickness and opacity of the line correspond to the quantity of migrant flow between the two countries. When two such countries are selected, information regarding the gaps between their various indices, ranked in terms of their significance, is displayed below.