EVE | And YOU can Help Fight Fires!

EVE has received the following awards and nominations. Way to go!

In this project we will controle and limit fire incidents and wildfires. Thanks to drones, A.I. and NASA's data. 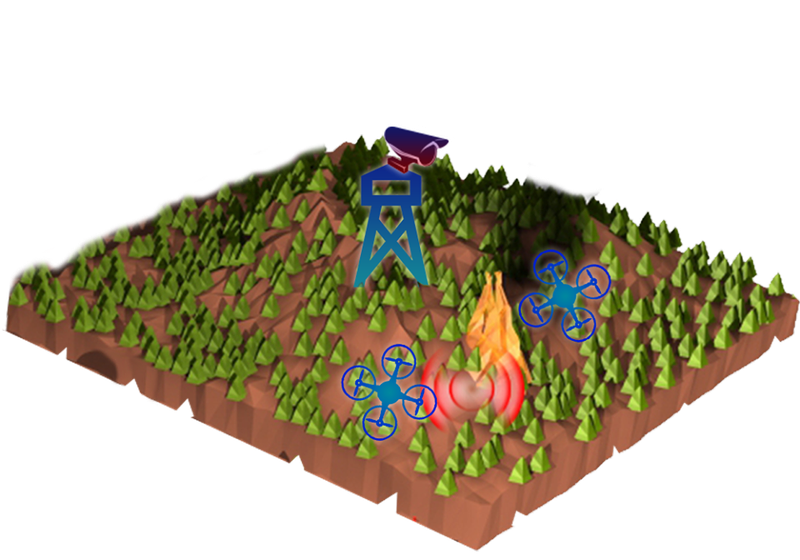 We are a team of four members Mohamed Ihsen Bouallegue as a leader, Firas Al Sharfi, Mohamed Aziz Ben Tmessek and Mohamed Bel Ayeb. We are all teenagers of 16 years old and study in the pioneer school of Zaghouan, Tunisia. We have an ambitious project. At first it sounds impossible but we strongly believe in our idea and that it has the potentiel to see light.

We started with taking a good look at NASA's data and then we started attacking our goals one by one. We faced some challenges during the conception of the drone and how it will act to minimize the intervation time. So, we created a solid system that controls the forest. the EVE Fire Fighters (drones) can also be deployed in cities and hard to get locations. Not to mention their near immediate intervation time and their capabilities to collect sensible data and predict way more precisely the next incident or the spreading of a wildfire.

The Application and A.I :

EVE Fire Fighter is an application that :

This product is destined for any fire department around the globe and can be easily implemented in any country.

Our solution can prevent the loss of up to 2.5 billion dollars in case of fire spreading. Add to that the devastating ecological and human loss. But it just costs around 8000 dollars to equip a whole forest with this system and a squad of 4 drones !

Mainly NASA's data and maps and other different data sources.


And other information sources as wikipedia and sites about drones and fire.