CityTronics has received the following awards and nominations. Way to go!

Evaluate environmental, social, and economic data to design tools and plan blueprints for smart and connected rural and urban settlements.

One problem that people have when choosing a bus are waiting times. Our idea is an app that captures the number of people per bus stop heading to the same destination. And look for which buses are available, near the stop and with enough space by demand. 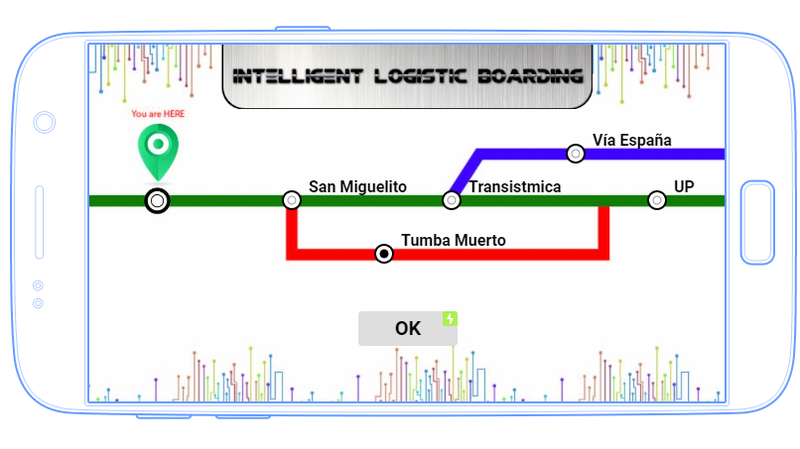 Hundreds of thousands of years ago the man took five hours to eat his raw food. After the discovery of the fire the man invested only 30 minutes feeding since it was easier to eat cooked foods and could also keep them in a better way. This made the man use the remaining four and a half hours to explore the world, create new resources, create the wheel and the development of humanity.

Today our society is stuck because of a common problem: public transport. People lose 20 minutes of their lives waiting for a public transport, either because it does not arrive on time or when it arrives it is so full that it is impossible for another person to be able to climb. They are approximately 243 hours or 10 days a year, which people use to wait for a public transport that can take them to their destination.

Our proposal is to improve public transport by creating an application for bus stops that determines how many users want to go to the same place and send a suitable transport to speed up the road mobility.

Our solution reduces lost time by improving people's quality of life and their ability to be competitive, as they can meet their commitments on time, rest better, spend more time with their families and use this time to improve society.

Uncontrol of the Public Transport in the City.

Not being able to control the variables that cause the transport system to be inaccurate cause the inconveniences arising from the arrears with their respective consequences. This causes cities to become total chaos as it is there that, due to lack of good logistics, control and maintenance, the city's road mobility is completely affected.

This is a problem that affects Panama and the vast majority of cities in the world, where bad road planning and bad logistics cause citizens to arrive late to their destinations, reducing their quality of life and their ability to be competitive, causing confusion and backwardness in the city, not letting it progress.

Thanks to the use of technology, a system was designed to provide logistics and support to transport regulators.

The idea is an application that censes the number of people per bus stop that are directed to the same destination. In addition to that, to predict, thanks to the use of Artificial Intelligence, which buses connected to the system are available, near the stop and with enough space depending on the demand, to reduce the waiting times of people at the stop. This is done by having the application learn how to predict the time and number of buses needed per station to be efficient and improve the warmth of people's lives.

The solution consists of two systems:

Once the registration is done by one of the two applications, this data goes to the system where, by Artificial Intelligence, it takes into account the information collected, the number of people on each bus and searches for a nearby transport that has the available amount of Spaces required for the number of people waiting at the station and want to go to the same destination. Transport regulators automatically send the bus to the situation.

The accumulated points, after accumulating 15 routes, accredit the user 1 free ticket for his next route. This encourages the user to make good use of the application and use the service regularly and responsibly.

This solution reduces waiting times and improves the quality of life of people connecting the transport system and regulating the entry and exit of users, both the bus stations and the same transport.

We use the UX-App application for the creation of the mobile system and the system for the touch screen. It consists of a map of the city with the location of the different destinations. Once the desired destination is selected, insert the card (for the touch screen) or select the "OK" button (for the mobile application) and the "Requested" message will automatically appear. This message has a screen duration of 1.2 seconds and disappears automatically, restarting the application for a new use.

As part of the solution was used the Fuzzy Logic to help solve the number of buses to be sent to the stations according to the number of people in each.

Depending on these variables, the number of buses that are to be sent to stops at certain times of the day is decided, and it is also decided whether the bus picks up the users that are at that stop or sends an empty bus to that station, integrating it at System of transport as a support, so that all users of the system are satisfied with the efficiency of it.

Using the Fuzzy Logic Toolbox we try to simulate how, depending on the number of people in a station, the program calculates the number of buses and stops to go with priority, in case the bus that is en route can not pick up that Number of people because this bus does not have enough space for more users.

Adobe Audition CC 2017 “Is an application for digital audio editing.”